Over recent years, the trend of creating a spa-bathroom has skyrocketed. Bathrooms have transformed from serving as a purely functional space into a space that homeowners enjoy and want to spend their time in. Thus, bathroom design has changed immensely, which includes everything from the layout, square footage, materials, fixtures, and more.

Up until now, one of the most popular shower configurations was the standard shower/tub combo since it promoted functionality and “did the job.” Currently, the big trend in bathroom design is to either convert the shower/tub combo into a walk-in shower, or adding square footage into the bathroom for a separate shower and bathtub. (Feel free to check out this blog post on Creating an Efficient Shower Design For Your Bathroom Reno). Since separate shower spaces are rising in popularity, the design of the shower becomes a high priority in bathroom renovation planning. One design aspect of the shower to be considered is the shower door. 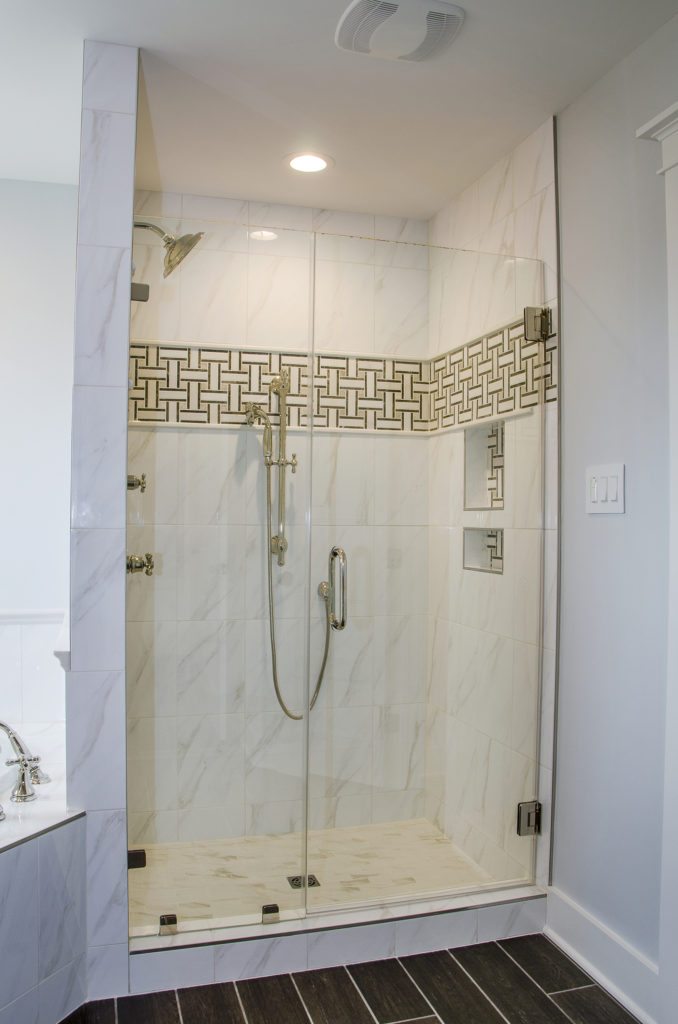 Previously, shower doors had a simple function to keep water off of the floor to prevent any water damage to the space. Now, shower doors are no longer an afterthought of the room; they can even be a focal point.

Since homeowners aren’t confined to the standard shower/tub combinations (and standard shower doors), there is much more opportunity for creativity in the design of the shower door. With so many options to choose from when choosing a shower door, you might be wondering “what are some popular designs?” Well, let’s take a look at a couple of the current trends in shower door designs. 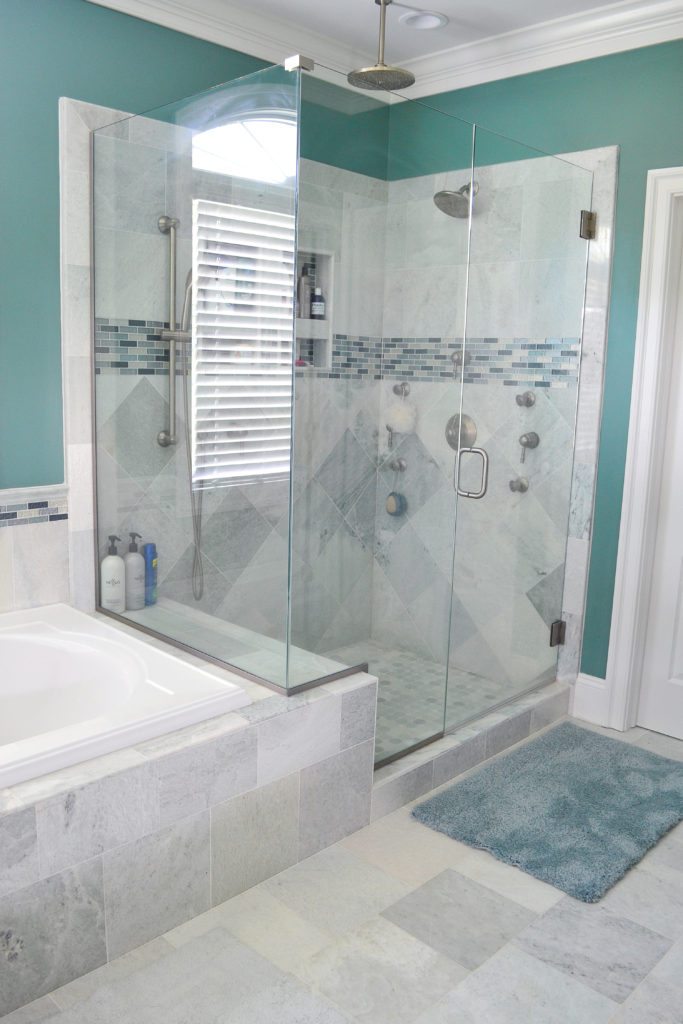 The minimalist design trend has become popular for the home, including the bathroom (and shower door). A minimalist shower door typically has less (or nonexistent) hardware and framing.  This design tactic is perfect for intricate shower tile designs as this allows you to show off the shower design. It also makes the bathroom appear lighter and more open.

On the other hand, this is an increase in popularity in having the shower door as a strong focal point. This includes choosing bolder finishes such as dark bronze and warm brass for the door’s hardware and framing.

Concerning the glass on the shower door, current style trends tend to favor clear glass. While the traditional frosted glass provides privacy, clear glass creates an open feel and can give the illusion of a larger space. 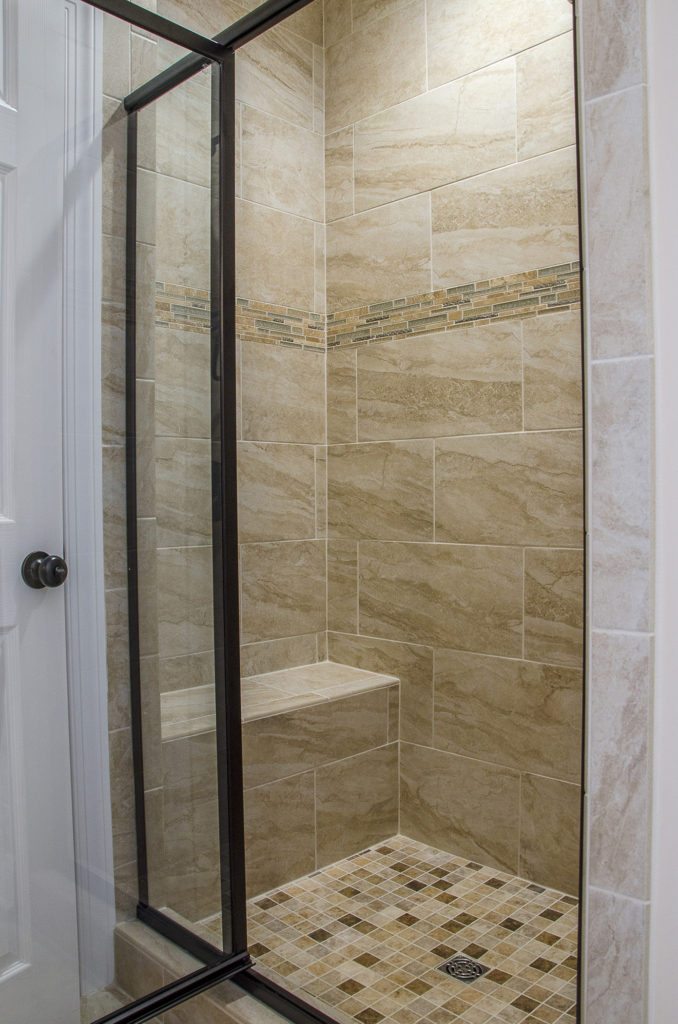 When choosing a shower door, it is important to look at the types of doors offered. There are several types of shower doors to choose from, including sliding, pivoting, and hinged doors. Typically, sliding doors are good for shower/tub combos, while pivoting doors are a good choice for a narrow shower. Ultimately, the type of door you choose will be the one that suits your shower configuration and space the best.

Once the door type is chosen, the glass, hardware, and framing should be picked out. Choosing the right finishes on the shower door can help tie the shower design with the rest of the bathroom. If you have any questions on getting started with your bathroom remodel, feel free to reach out to us to schedule a free in-home consultation.

Sorry, the comment form is closed at this time.